Consumable Iodine In Its Atomic Form
Nascent Iodine is an iodine atom that has an incomplete number of electrons. Its also paramagnetic, meaning that the iodine atoms can hold an electromagnetic charge.

Provides A Huge Energy Release When Consumed
Nascent Iodine has a charged state that is held by the atom until diluted in water and consumed, whereby it gradually loses energy over a 2-3 hour time span.

Produced By The Thyroid
Nascent Iodine is recognised by the body as the same iodine thats produced by the thyroid and is absorbed effortlessly by the body. More information can be found out about this via Naturally Healthy Publications fact sheets.

Best Taken With Ionic Selenium
For maximum benefit, Ionic Selenium is best taken with Nascent Iodine. Selenium acts as a co-factor to help the body to utilize the Iodine. Plus, Selenium is a vital mineral for the thyroid, and is just as important as iodine, so you want to ensure a good balance of the two.
Suitable for Vegetarians and Vegans. Naturally Better Nascent Iodine

Many have called it an “epidemic.” Health conditions like ADHD, autism, learning disabilities, autoimmune thyroid disorders, and cancers of the thyroid, breast, ovaries, and uterus can often be caused by iodine deficiency. All cells in the body utilise the critical mineral iodine and rely on it for daily function. Nascent iodine in its atomic form — consumable and paramagnetic — is highly preferable to its molecular form. This is the form of iodine that is well-recognised by the thyroid and easily used.

A deficiency in the trace element iodine may start out small. Low levels of iodine deficiency in the body can cause a number of “mysterious” symptoms that may not at first result in disease. Your thyroid gland requires iodine to produce hormones. If the thyroid isn’t getting enough iodine, it can’t do its job. Other systems in the body will have to work harder to compensate.

Even minor iodine deficiency can affect ovulation, possibly causing infertility. Iodine deficiency during pregnancy fares far worse: It can cause complications like high blood pressure in an expecting mother and increase the risk of stunted mental development in a baby. Short-term symptoms of iodine deficiency may also include brain fog, tingling hands and feet, constipation and a slowed metabolism, depression, anxiety, fatigue, high cholesterol, insomnia, swelling, and weight gain.

If you’re experiencing one or all of the symptoms of iodine deficiency, or an iodine-deficiency-related disease, it’s easy to find help. Supply your body with iodine in a form it can use. Sadly, potassium iodide in table salt can be harmful in large amounts, and modern foods are mineral-depleted. Taking 1-3 drops of nascent iodine in a half ounce of water each day, along with a healthy diet, may be enough to correct a mild-to-severe iodine deficiency. Nascent iodine truly is the trace element essential for life. Getting enough absorbable iodine each day can contribute to normal cognitive function, normal energy-yielding metabolism, normal nervous system function, the maintenance of normal skin, and normal thyroid hormone production and thyroid function.

The World Health Authority recommends all women of childbearing age supplements iodine as it is critical in the first few weeks of pregnancy as well as when breast feeding.

Take 1-3 drops in half-ounce water, twice daily on an empty stomach, or as directed by a healthcare professional.

DO NOT EXCEED STATED DAILY DOSE.

KEEP OUT OF REACH OF CHILDREN.

SUITABLE FOR VEGETARIANS AND VEGANS.

DO NOT USE IF SAFETY SEAL IS BROKEN.

If you are pregnant or nursing, have a severe medical condition, or use medications, consult a physician before use. Use only as directed, unless advised by your healthcare professional. 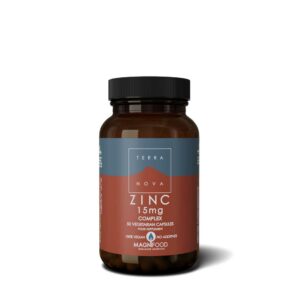 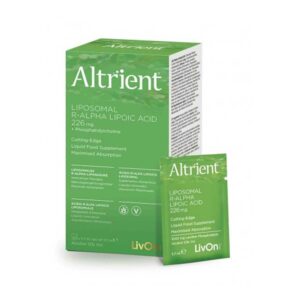